Seventy-five percent or more of new cases of type-2 diabetes can be prevented according to an expert at Harvard Medical School. If that is true can type-1 diabetes also be prevented? New tests may provide the answer.

If a person develops diabetes during his 40’s or 50’s his life might be shortened by 5-10 years, and it is the seventh leading cause of death in the United States, according to an article in diabetes.com. It can lead to blindness, kidney failure, causing a person to have to be on a dialysis machine or amputation of a foot or leg.

JoAnn Manson, an epidemiologist and endocrinologist at Harvard Medical School said she believes most cases of type-2 diabetes can be prevented. Weight loss and exercise may help prevent the onset of the disease. Researchers are also examining whether vitamins C and E and the mineral chromium as possibly being able to prevent the disease.

In type-1 diabetes an affected person has a pancreas that won’t produce any insulin. Insulin is a hormone needed to help use the glucose or sugar in a body for energy. Such a person needs a daily injection of insulin. A type-2 diabetic has a pancreas that produces insulin, but the insulin isn’t effective. It can often be treated with exercise, diet, medication or a combination of all three.

Doctor Norman Kaplan, M.D., of the University of Texas Southwestern Medical Center in Dallas said experts don’t know what causes insulin resistance, but it runs in some families. It does seem to occur more frequently in those who are overweight and those who get little exercise.

Some tests show that 50% to 75% of new cases of type-2 diabetes were triggered by obesity, and being overweight increases the chance of developing the disease by tenfold. A study at the University of Pittsburgh shows that men and women who lost ten pounds decreased their chance of diabetes by 30%.

CNN reported that walking as little as 30 minutes a day can help a body improve the use of its own insulin and prevent diabetes. The findings were reported in the Journal of the American Medical Association. In the study 1,400 women from 40-69 were studied, some with normal blood sugar levels and other with a mild form of diabetes.

Elizabeth Mayer-Davis of the University of South Carolina said on the report “no matter what the activity is,” increased activity helps improve insulin sensitivity. “That is good news.” She added that a person doesn’t require more strenuous exercise, such as going to a gym.

Moderate activity can include walking briskly, climbing stairs, gardening and many household chores.

Preventing diabetes and a possible future cure are important. According to the American Diabetes Association, between 1987 and 1996 the incidence of type-2 diabetes, the most common form of diabetes, increased by nine percent per year. Researchers have said they believe this is because Americans are older, fatter, exercise less and eat more fat. About 16 million Americans have diabetes. Researchers are concerned diabetes may emerge as the preeminent health concern in the new century. Deaths from heart disease have been declining, but 75 % of diabetics die from heart disease.

The American Diabetes Association recommends that everyone over 45 have a fasting blood glucose test at least one every three years.

“The earlier diabetes is detected, the easier it is to live with,” said Janet Tietyen, Extension food and nutrition specialist with the University of Kentucky College of Agriculture said in a website of the university. She said complications of the disease are greater for those with high blood pressure and smokers.

She said there is a greater chance of developing diabetes for those over 45, who are overweight, who don’t exercise or have a family history of the disease. According to various studies, 80 % of women with diabetes are overweight. 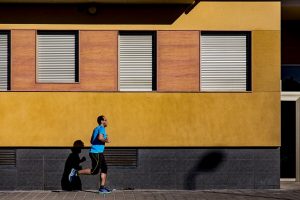 Tests are also underway to see if type-1 diabetes can be prevented. The Diabetes Prevention Trial is a nationwide study in nine medical centers and more than 350 clinics in the United States and Canada.

Small studies in people and animal research has indicated type-1 diabetes can be prevented in those at high risk with regular small doses of insulin. This can be given by injection or capsules. The new tests are on a large scale.